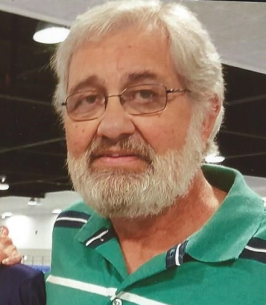 Lee Carroll “Buddy” Brantley-age 75 of Maynardville passed away Saturday, May 28, 2022 at North Knoxville Medical Center. He was born to Cliff and Mary (Shropshire) Brantley in August of 1946 in Morristown, TN. Buddy was a 1964 graduate of Horace Maynard High School, and retired from Southern Railway in 2006 after 38 years of employment.
Buddy was a loving, caring God-fearing man who enjoyed spending time farming, and working on his Chevrolet powered hot rods, his favorite being his grandfather’s 1955 Bel-Air. His love of cars started early and he liked to tell the story of trading his Schwinn bicycle for his first car, a 1951 Pontiac, at the age of 14. Buddy and Sharon always attended the National Street Road Association car shows in Chilhowee Park. What he enjoyed most was spending time with his family, always spending Sunday afternoons with his parents. Buddy married his high school sweetheart, Linda Sharon Booker, (whom he affectionally called “Lynna”), in August of 1965. Making their first home in a “flat top” house in Luttrell, TN. Son, Brian Lee arrived in July of 1966 and Lisa Carole in 1968. Buddy often said his best memories were created in that little house. In later years he and Sharon enjoyed being grandparents to Grayson and Leigh Yount, making many trips around the yard with them on his 4 wheelers.

In lieu of flowers donations can be made to The Union County Humane Society, P.0. Box 625, Maynardville, Tennessee 37807.