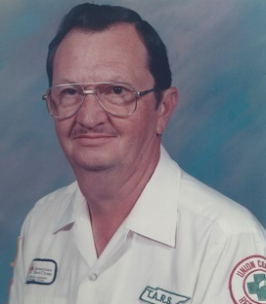 Issac Robert Hamilton-age 82 of Maynardville was born October 5, 1939 passed away Thursday, March 10, 2022 at North Knoxville Medical Center. He was a graduate of Horace Maynard High School, Class of 1957 and then attended Lincoln Memorial University. He was a retired employee of the Knoxville News-Sentinel with 38 years of service. Robert loved to his community and was an active member of the Union County Rescue Squad for over 40 years where he received training as a First Responder. He was credited for saving the life of a fellow News-Sentinel employee who had collapsed with a heart attack; one of many lives he saved over the years. He as a charter member of the Corvair Club of Knoxville and served as an officer. As a young man, Robert was ordained as a Deacon of Nave Hill Baptist Church where he is still a member.

The family will receive friends 4-7 p.m. Saturday, March 19, 2022 in the chapel of Cooke-Campbell Mortuary, Maynardville.