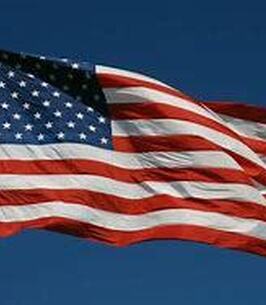 
Bob Wood, age 88, went to his eternal home on October 29, 2022. He passed peacefully in East Tennessee surrounded by family.


Bob Wood was born Robert Orville Wood on September 5, 1934 in Marshall Virginia where the beautiful Shenandoah Valley meets the foothills of the Blue Ridge Mountains. He was the 9th of 10 children born to Daniel Wesley Wood and Mamie Byrd (Carter) Wood, two of whom died in infancy. He grew up with his 3 sisters and 4 brothers. He always said he was the seventh son of seven sons. Bob Wood’s extraordinary guitar playing has won him international internet fame, numerous awards, and the love and loyalty of fans across the globe. His fans loved his smooth, rich baritone voice and ability to paint vivid pictures with his lyrics and melodies. Whether performing for the WWVA Wheeling West Virginia Jamboree or playing music at his church, he was never happier than when he had his guitar in his hands. He was an avid outdoorsman who loved being immersed in God’s Creation. He shared and passed his love of nature to his children. He loved his family and proudly proclaimed his nickname of Daddy Rabbit while being surrounded by his children and grandkids. Bob supported his family by playing the music he loved and by working as a carpenter / contractor. He was a born storyteller who could not resist laughing at his own jokes. Bob attained his private pilot’s license and served on the Civil Air Patrol. While in the Army he fulfilled one of his life’s dreams of getting to live in Alaska, as well as other parts of the country. His heart was torn between his love of living in his Blue Ridge Mountain home and in the majestic Rocky Mountains of the West.


Bob and Cookie Wood were members of House of Grace Church in Gallatin Tennessee prior to relocating to East Tennessee.


Funeral services will be held Saturday, November 5th at 1:00 pm EST at the Narrow Ridge Natural Burial Preserve, 1936 Liberty Hill Road, Washburn, TN with a gathering of friends and family immediately following at Narrow Ridge's Strawbale Lodge, 375 New Harvest Rd, Washburn,TN 37888. Another memorial service will be held at House of Grace Church in Gallatin Tennessee at a later date. There will also be a tribute for Bob at Papa Turney’s BBQ at Nashville Shores in the future.


In lieu of flowers, memorial donations may be made in Bob’s honor to the Narrow Ridge Natural Burial Preserve at https://narrowridge.org. Donations made by check should be made payable to Narrow Ridge Center and mailed to 1936 Liberty Hill Rd., Washburn TN 37888.